5 Things We Learned From SMU’s Loss at TCU 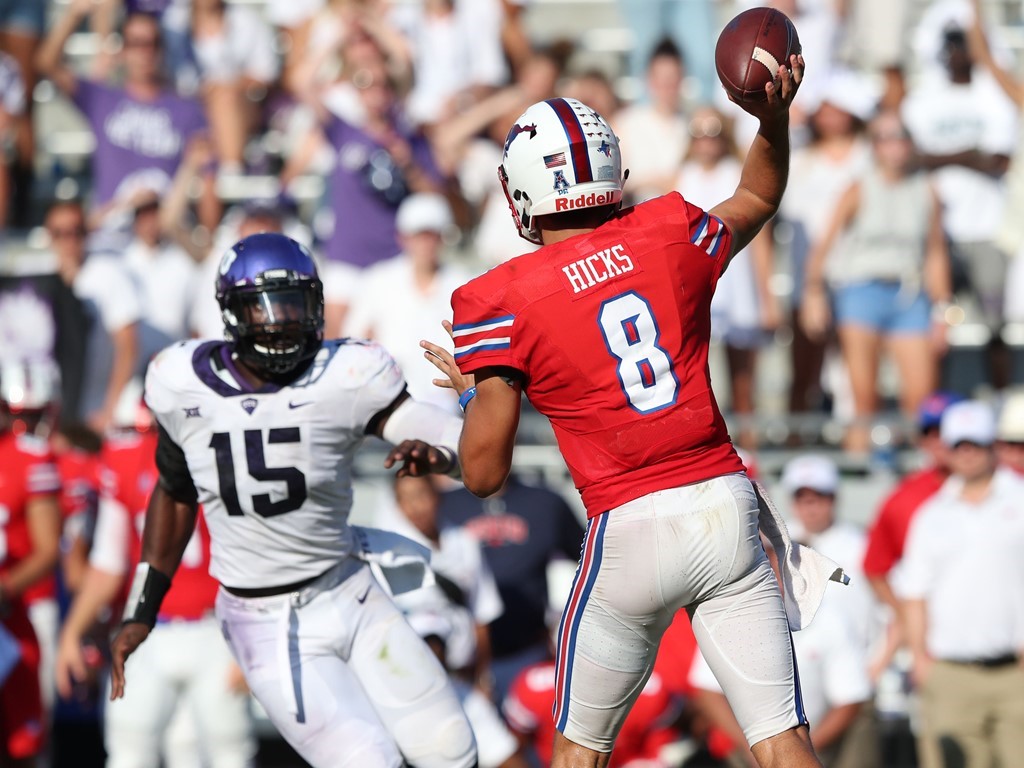 SMU’s loss to TCU on Saturday was rough. Much like a mirror image of the Mustangs loss the last time they visited Fort Worth in 2015, SMU fought hard, but lost a war of attrition.

Although they were much improved on both sides of the ball, SMU’s crutch is one that can only be solved with time – roster depth and talent depth.

Here are five things we learned in the loss of the Iron Skillet:

Chad Morris’ program continues to improve and develop, much in the same way that Clemson’s offense improved and developed under Morris.

And while fans would like to see an immediate turnaround, sometimes that ends up being a short term fix to a long term problem. The program Coach Morris is building is one that will last….

SMU will host Arkansas State this Saturday, at Ford Stadium at 6:00 pm.